Quick links to
Supplies for this project. 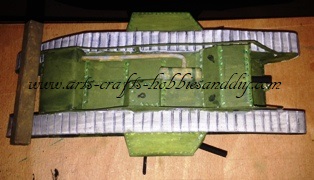 How to make a model WWI landship.

How to make a model WWI landship, for this simple project you will need:

With the Sponsons made and the QF-6 pounder 6cwt Hotchkiss guns assembled it is now time to make the landship tank track assemblies.

Use Sheet 2.
Firstly, carefully cut around each track assembly template. Do not remove the rectangle that forms the opening for the sponson and gun as this will weaken the template before the folds are made causing the template to buckle. 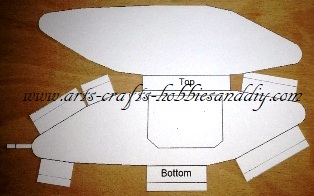 Make all folds as shown.

Next, after the folds are made, it is necessary to re-flatten the template to enable the careful removal of the sponson opening.

With that done, place the track assembly template with the writing as shown in the picture. This is very important to prevent putting the wrong sponson in the wrong opening, as there is a left and a right. Now place the correct Sponson under the template as shown below. With the correct sponson chosen, apply glue all around the sponson opening. 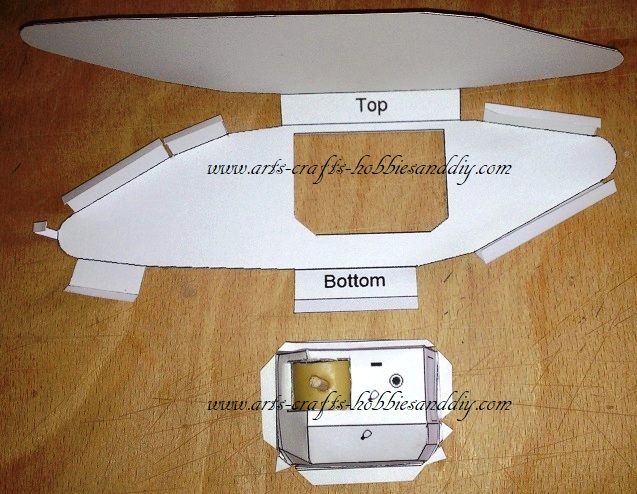 Adding the gun sponson to the track assembly.

Take the gun sponson with the gun facing forward, as shown in the picture, and feed it through the sponson - making sure that gun mount is at the front of the tank track assembly and that all the tabs are in contact with the track assembly template. 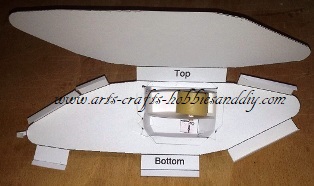 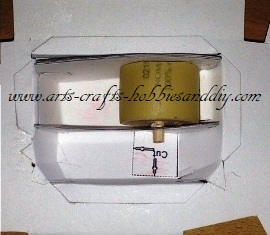 With the gun sponson fixed firmly in place refold the track assembly template tabs and begin sticking them to the opposite template.

Stick the bottom tab in place first. This will help ensure that all the tabs line up correctly. With the bottom tab fixed, put the track assembly on a flat surface and line up each tab and stick them individually. Depending on the thickness of card, try to make sure that the template doesn't buckle or distort as the tabs are fixed into position. As shown 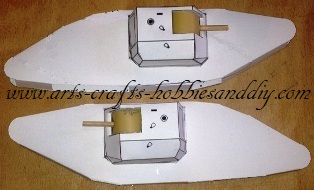 With that done, the next thing to do is add the tank tracks - which can be found on Sheet 4. Cut each track at its full length and then stick it around the track assembly. You will notice that the ends of the tracks are different. 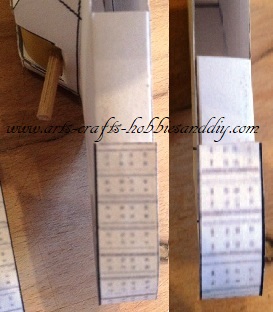 With the first length of track in place add the second length by butting it up to the first and trimming it to fit. As the join is on the bottom, if it does not fit perfectly, it will not notice. 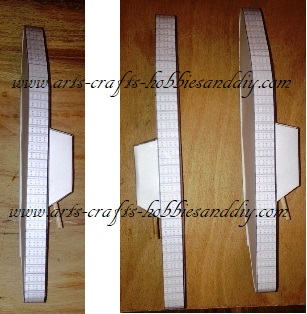 It is now time to assemble the Model WWI Landship body.