All resources provided within this site are free.
However any help toward running costs would be appreciated.
Thank you.

how to draw a head and face.
Female figurative art. How to draw the female face.
The Head shape and Face. 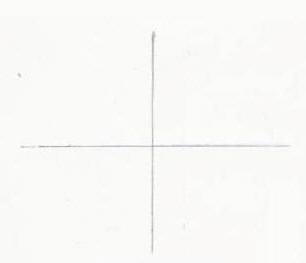 The first thing I did was to draw a cross on a piece of paper. Once I had my cross I chose a point near the top and put a faint dot. The next thing I did was to judge the distance from the dot to the centre of the cross where the vertical line meets the horizontal line of the cross. Using this distance I then put another dot at approximately an equal distance below the horizontal line of the cross. This will give me my top and bottom for my head shape. I did the same again on the horizontal line to establish the width of the head. When doing this have a rough idea of the shape of the head you want to draw before you mark out your points. All head shapes are different so don't worry if it isn't a perfect oval. remember this is a guide to get you started. The next step is to lightly sketch your head shape by joining the dots using curved lines from point to point. making sure that both sides of your head are equal or it will look out of proportion. If you are slightly out, do not worry as you can adjust it up later. 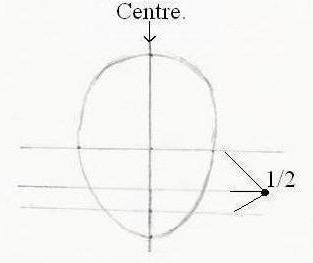 The next step is to divide the bottom half of the face into half and then half again as shown. This will give you your guide points for the base of the nose and the centre of the mouth. All faces are different so the proportions can vary. 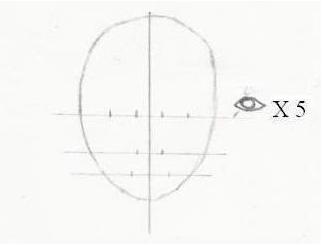 The positioning of the nose. Moving down the face place two small marks in line with the inside point of the eyes. This will give you the width of the nose at its base in proportion to the rest of the face.

The positioning of the mouth. Moving down again place a dot roughly in line with the centre of the eyes. This will give you the width of the mouth in proportion to the rest of the face.

Basic shapes. Once you have added the basic shapes of the eyes nose and mouth the face will start to appear. 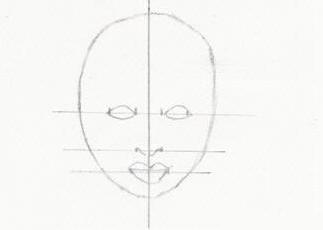 The next thing to do is to start adding the basic facial details.

Basic Facial detail.
How to draw the female body PT2.